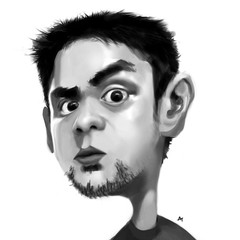 Hello! I am Alben Tan. I started as a professional digital artist way back in 2012. I have a degree in Architecture but I took a leap and pursue my passion for digital painting. I am currently working as a freelance game and concept artist. But I'm open to opportunities and possibilities of a new working environment as I am working at home for a couple of years now.

I am focused in making environment concept art and film key frames. I'm still hopeful that someday, I can be a part of a big AAA game title or film!